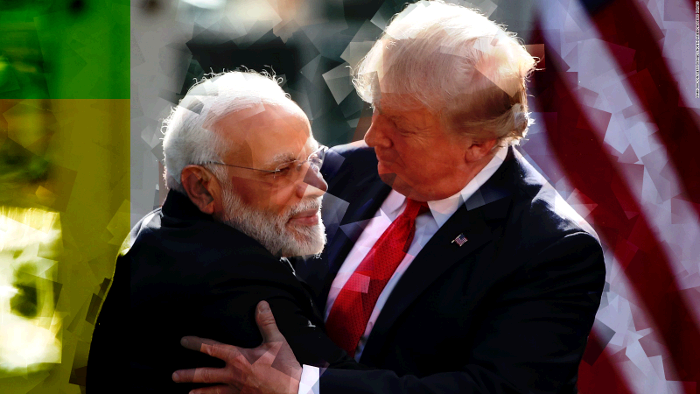 I was asked for a brief definition of what I mean when I talk about the oikonomic nexus of race, nation, family that I’ve written about elsewhere, but also to situate an explanation of ethnonationalism within that. Posting that below for anyone who might be interested.

So, as briefly as possible.

There is no racism that does not involve a politics of sex and which links both of these with notions of property ownership. Without a theory and politics of sexuality and desire, there is no plausibility to tenets concerning the reproduction of the purportedly heritable property of race. Both cultural and biological concepts of race emphasize the importance of heritability, they simply disagree over the mechanism of transmission. The concept of race as a heritable property links race to class—it does so by naturalizing the (inter-generational) distribution of property and wealth, and links it moreover to the histories of coveture, paternal rights and absolute primogeniture. Hence, too, the antipathy to miscegenation, particularly where the husband is defined as not-white, and therefore also an antipathy that involves caveats, as where ‘inter-racial’ sex where wives or women generally are considered as property.

Along these lines, ethnonationalism—as well as the post-Plessy v Ferguson ‘separate but equal’ doctrine of segregation or Apartheid—involve a strict conflation between race, nation and family. In these schema, political rights and authority are distributed on the basis of masculinity while being spatially or geographically delimited on the basis of inseparable concepts of race and sex. Every nation a patriarchal household, engaged in competition within a global system. Ethnonationalism invites men to identify as both men and white (or with a race) as the condition of rights and, by implication, to consider women—and land or territory, and on occasion other non-white men who are often explicitly feminized—as the property over which those rights are exercised by ‘nature’ or divine right, and without restriction; or, as Marx put it while writing of the American Civil War, it promises “to tame them with the prospect of one day becoming slaveholders themselves.” This is also the promise that migration controls offer, the diffuse but naturalized promise of a distributed sovereign politics and selective decisionism. It is a concept of politics as regulative of the economy, whose norms and laws (nomos) are grounded in a distinction between public-political and private-economic domains (oikos). Hence oikonomia.

In this sense, race, sexuality, gender and class are not discrete, comparable categories. They refer to different but inseparable functions within a legal, economic and political system of appropriation and exploitation. All of this therefore involves an emphasis on labor, without taking as given how activities are defined as labor (or not), and who has rights of possession over that labor as stipulated in the arrangement of contracts.