By way of settling an odd bet, here are some footnotes from an old essay on financial crisis, national debt and disciplinary practice in the 1930s (pdf): 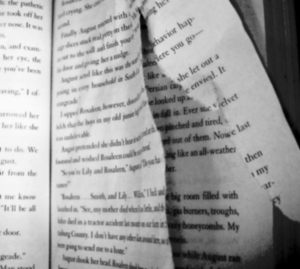 5. See Tronti (1973) for a discussion on the concept of the social factory.

6 Ford’s line-production was possible because of the relatively high wage he offered to workers under certain conditions. The high rate of absenteeism and turnover obliged Ford, on the recommendation of his Sociological Department, to offer a higher wage to workers who remained in employ for longer than six months and behaved respectably (Shaw 1975: 20).

7 See Braverman (1974) for an account of the emergence of scientific management.

8 I have opted for the phrase ’division of work time’ rather than ’division of labour’, since the latter is usually taken as referring to distinctions of skill or, alternately, differences in the allocation of resources or ownership of property or uses of technology. The use of ’division of work time’ is intended to signal both a minimisation of these inflections and an insistence upon the definition of capital as an estranged segment of work time.

10 ’Abstract labour’ is used here to specify the particular condition of labour as it exists in capitalist society: wage work, work which is socially validated through money as the universal equivalent, and hence abstracted into labour-power, or qualitatively undifferentiated; which is also to say that the results of different labours become equalised as commodities; see Rubin (1972).

11 Contrary to received opinion, it is not the case that the growth in unionism at the beginning of the century is attributable to the establishment of arbitration, as Sheldon (1995) has shown.

15 Marx clearly posed the existence of revolutions in the conditions of production and the complex relations between science, the state, class composition, monetary forms, and the modes of appropriation of nature. (Marx 1978a: 173-497; Marx 1976; Balibar 1983: 302-8). Of particular relevance here are Marx’s comments (1978a: 298-9) ’when surplus-value has to be produced by the conversion of necessary labour into surplus labour, it by no means suffices for capital to take over the labour-process in the form in which it has been historically handed down, and then simply to prolong the duration of that process. The technical and social conditions of that process, and consequently the very mode of production must be revolutionised, before the productiveness of labour can be increased … The surplus-value produced by the prolongation of the working-day, I call absolute surplus-value … the surplus value arising from the curtailment of necessary labour-time, and from the corresponding alteration in the respective length of the two components of the working-day, I call relative surplus-value’; see also Marx 1978a: 283.

16 That is to say, the application of industrial methods and theories to education, food production, households, childrearing and sexuality-a standardisation yielding a whole new syntax of transgression (deviance, dysfunction, delinquency) and the discovery of ’disadvantaged groups’ requiring social scientific investigation and calculation. The two volumes of Social Horizons produced by the Australian Institute of Sociology (in 1943-44) illustrate clearly this trend. See also Reiger (1986) for a discussion of campaigns to ’industrialise’ households and reproduction prior to WWII.

17 This is by no means an exhaustive account of this period of sociology in Australia. Due to the limitations of space, I have not dealt with the intimate connections between sociology and racism during this time. Most of those sociologists referred to here were conspicuous in their support for a ’white Australia’, eugenics and antisemitism. An analysis of the relationship between forms of racism (including the move toward assimilationism during WWII) and the specific modalities of wage labour and the promotion of the ’work ethic’ forms the subject of another essay.

18 As long as ideology is understood as infection or error (in the non-Freudian sense), then what appears to be at issue is the dissolution of intellectual propriety and fortitude. […]

Employers operated principally through personalised and direct command and attempts to increase surplus value were predominantly a matter of individual firms seeking extensions of the working day or cuts in wages, as distinct from increases via mechanisation, Taylorisation, line-production methods or decreases in the social costs of the reproduction of the working class that were alluded to in calls for social efficiency. The ability to plan any such re-organisation or even to achieve capitalists’ compliance with, and support for it, required the scope and disciplining power of finance capital.13

By the by, there are some explanations I don’t still hold to, but mostly those turn around trying to explain the questions raised in the notes 13 to 17, and perhaps funnily enough, 18 (cue Canguilhem).