{The opening and closing paragraphs} 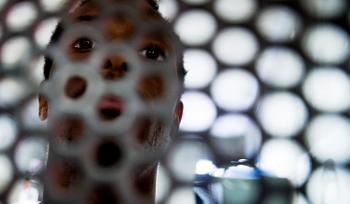 To pose the question of the materiality of race is also, if one is inclined to trace the genealogy and circumstance of this problematic, to pose the question of multiculturalism’s ‘failure’. This is understood – and there are more or less conservative and liberal versions of this – as the failure of multiculturalism to
sufficiently deliver on its promise of a redistribution or expansion of rights (and recognition) when confronted with what are said to be intractable racial differences.  In other words: race marks the boundary of that which is considered to not be amenable to will; that which lies beyond or without will, that which is deemed as
being neither responsive to liberalism’s ‘good will’ nor capable of assuming its
inclination. It is the composition of a pre- or a-political category in the constitution
and administration of the biopolitical, or the political as a ‘way of life’, and where
the political is defined as the exercise of will. In this way, to speak of race is,
presumably, not partake of politics but to present life, as such, within the domain of
the political; and precisely because the political increasingly assumes the
depoliticised demeanour of ‘a way of life’. It is the tension between the two principal
axes of governance – the ‘management and care of populations’ and the
‘expression of the will of the people’ – seeking relief in identity, which is to say, by
tracing the ends of the political in the termination of politics. […]

All of this is in no way to suggest that race is functional to capitalist formation – on
the contrary, it to insist that the one cannot be thought without the other: race no
more interrupts the logic of capital than capital can be accumulated without
strategies and grammars of differential inclusion, exclusion, circumscription and
embodiment. To paraphrase remarks made elsewhere, given that someone cannot
profit at the expense of another through an agreement that is indeed symmetrical,
as the wage contract is asserted to be, racism (and sexism, which is always bound
to racism in the nexus of sexuality, family and reproduction) prepares us for,
distributes and rationalises asymmetry. Race is both condition and effect, the
predominant form of the social tie (or contract) and its undoing. It is the material
debris of capital’s idealisation (the undeliverability of its promisory note and
shadow of its atemporalised, despatialised universality or, more simply put: the
disavowal of capital’s ‘birth’, and persistence, in blood, shit and violent
geographies) and the prerequisite (as Rousseau understood10) for the racialising
formation of the virtuous and self-governing subjects who might enter into the
contract. In other words, race exists insofar as capital – its conditions, relations and
procedures – is spectralised, just as abstract equality exists to the extent that
concrete differences are sifted, ordered, repudiated, costed and abjected. This
circumstance is neither a result of will nor biology, even if it organises the semantics and practices, both mundane and sensational, of will and of bios through which race becomes materialised.